​How many Washingtonians are aware that Washington, DC has a rich baseball history that dates all the way back to the 19th century, and includes some of the greatest players and teams ever to play our national pastime? 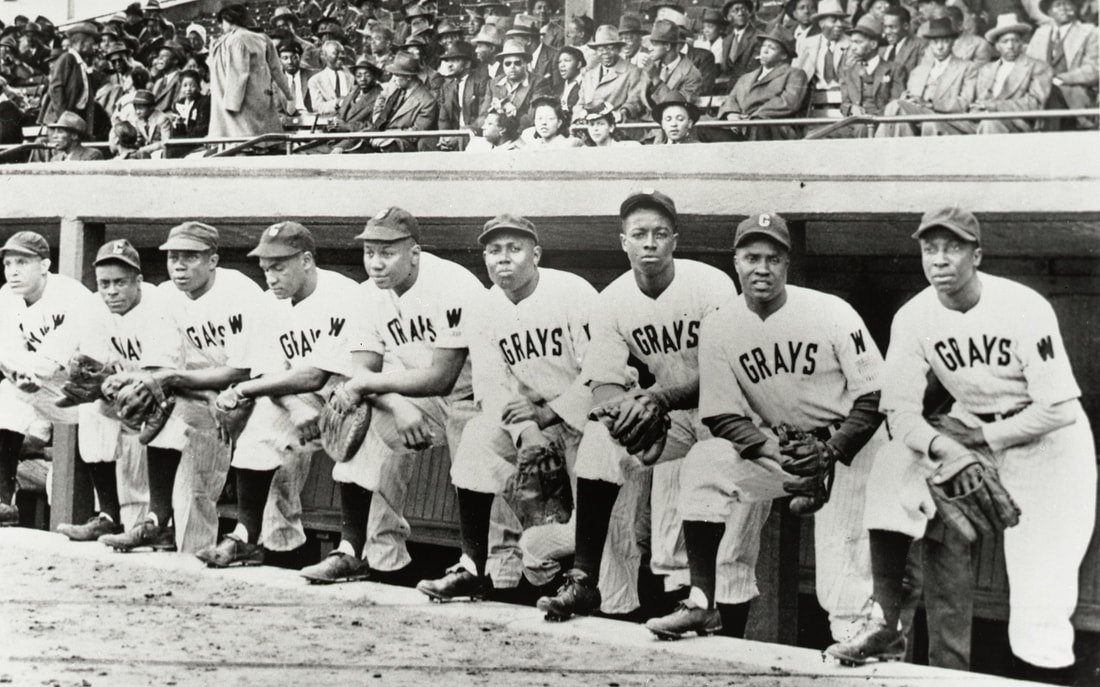 The Homestead Grays before a game in 1944. Photo courtesy of the Negro League Baseball Museum. 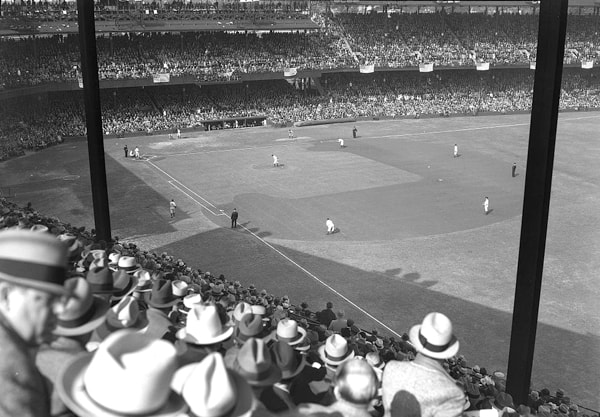 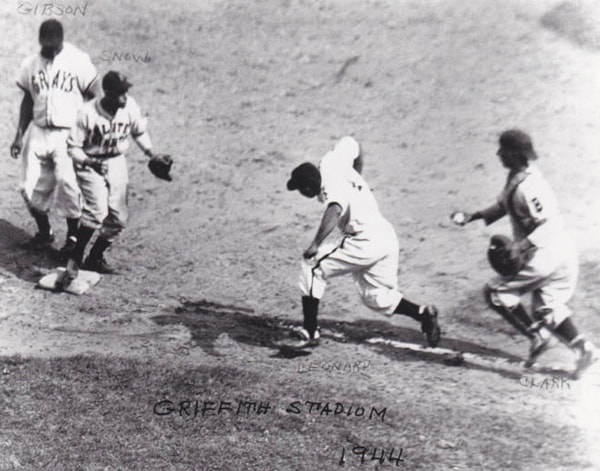 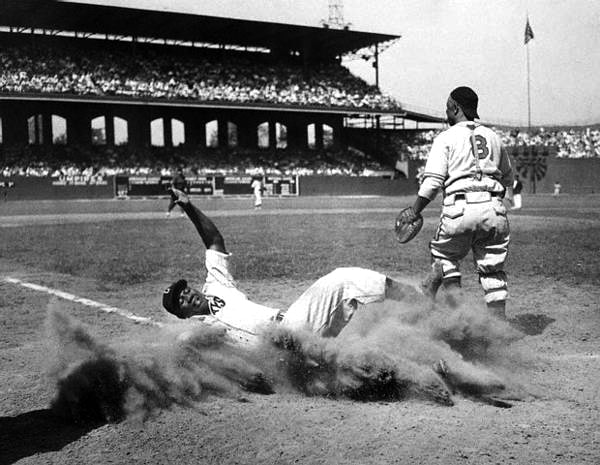 The Washington Senators started out as the Washington Statesmen, and played in one of the first American professional baseball leagues, the American Association, beginning in 1891. They played at Boundary Field on Florida Avenue NW. After the American Association folded, the team changed its name to the Senators and began play in the National League in 1892. Later, the major league Senators played at Griffith Stadium from 1911 to 1960, which was built on the Florida Avenue site after Boundary Field was destroyed in a fire. The Senators won the World Series in 1924, lead by legendary fastballer Walter Johnson—the famous “Big Train”—one of the greatest pitchers in baseball history. Johnson pitched for the Senators for 21 years and later managed the team for four seasons. (The Bethesda Big Train, a rival to the DC Grays in the Ripken League, took that name in Johnson’s honor.) Those Senators teams also boasted famed second baseman Bucky Harris and leftfielder Goose Goslin. The Senators returned to the World Series in 1925, losing to the Pirates in seven games. Through the years the Senators had many terrific players, including slick-fielding first baseman Mickey Vernon and Hall of Fame shortstop Joe Cronin.

After the Senators left for Minnesota after the 1960 season and became the Twins, Washington was given an expansion team—also named the Senators—in 1961. These Senators played in the American League at what is now RFK Stadium from 1962 to 1971, before relocating to become the Texas Rangers. Those Senators teams boasted the slugging of Frank Howard, and were managed for a time by Hall of Famer Ted Williams.

After an absence of more than three decades, Major League Baseball returned to Washington in 2005 with our hometown Nationals. The Nats played for three years in RFK Stadium and now play in beautiful Nationals Park.  They have been one of the top teams in baseball for several years, and brought a World Series championship to Washington in 2019.

​Many knowledgeable baseball fans, however, still say that the greatest team ever to play in the nation’s capital was the great Homestead Grays of the Negro National League.

The Grays joined the National Negro League in 1935 and soon became an elite team in the Negro Leagues. The Grays featured speedster James “Cool Papa” Bell in center, slugging Josh Gibson behind the plate, and clutch-hitting Buck Leonard at first base. They won nine consecutive National League championships beginning in 1937. The Grays won the Negro League World Series in 1943, 1944, and 1948. The Grays would be in continuous operation for 38 seasons and disbanded in 1950.

In 2012, the DC Grays of the Cal Ripken Collegiate Baseball League will honor the proud history of the Homestead Grays by wearing uniforms that are based on the uniforms worn by the 1939 champion Grays (pictured above). These uniforms are being produced by Under Armor specifically for the Grays.

The original incarnation of the DC Grays were founded in 2006 by Antonio Scott and Brad Burris, former baseball players at Howard University. The Grays played in the Clark Griffith League from 2006-2009. The original mission of the Grays was to create and develop a team that would become “ambassadors for baseball” in Washington, DC. The main goal was to engage more inner-city youth and their families in the sport of baseball by bringing talented college ballplayers from around the country to play in a top-tier collegiate summer league, and to conduct summer camps and clinics for inner-city youth.

From 2006-2008, the Grays did not have a home field in DC and were forced to use several fields in Northern Virginia to host their “home” games. In 2009, after a renovation to the Banneker Baseball Field (now named Maury Wills Field) in DC, the Grays began to play home games there. With a home field to call its own, the Grays finally gained a foothold in the District, and they seemed primed to become that grassroots voice for baseball in the District. In February of 2010, however, the Clark Griffith League ceased operations, and the DC Grays folded with the league.

Scott and Burris remained optimistic that another opportunity would arise to rejuvenate the franchise—and in the spring of 2011 they were approached by Michael Barbera, a former college baseball player and lobbyist in DC. Together they formed the “new” DC Grays, with Barbera as the founder and President, Scott as the original General Manager and Burris as a board member. The Grays were approved for membership in the Ripken League for 2012.  They played their first two season at Hoy Field at Gallaudet University before moving to the Washington Nationals Youth Baseball Academy.

In 2016, DC Grays Baseball partnered with Major League Baseball to run the Reviving Baseball in Inner Cities (RBI) program for the District — and the DC Grays RBI youth baseball and softball program was born.  (For more information about DC Grays RBI, go to https://dcgraysrbi.leagueapps.com)
The mission to create “ambassadors for baseball” for Washington, DC is alive and well.